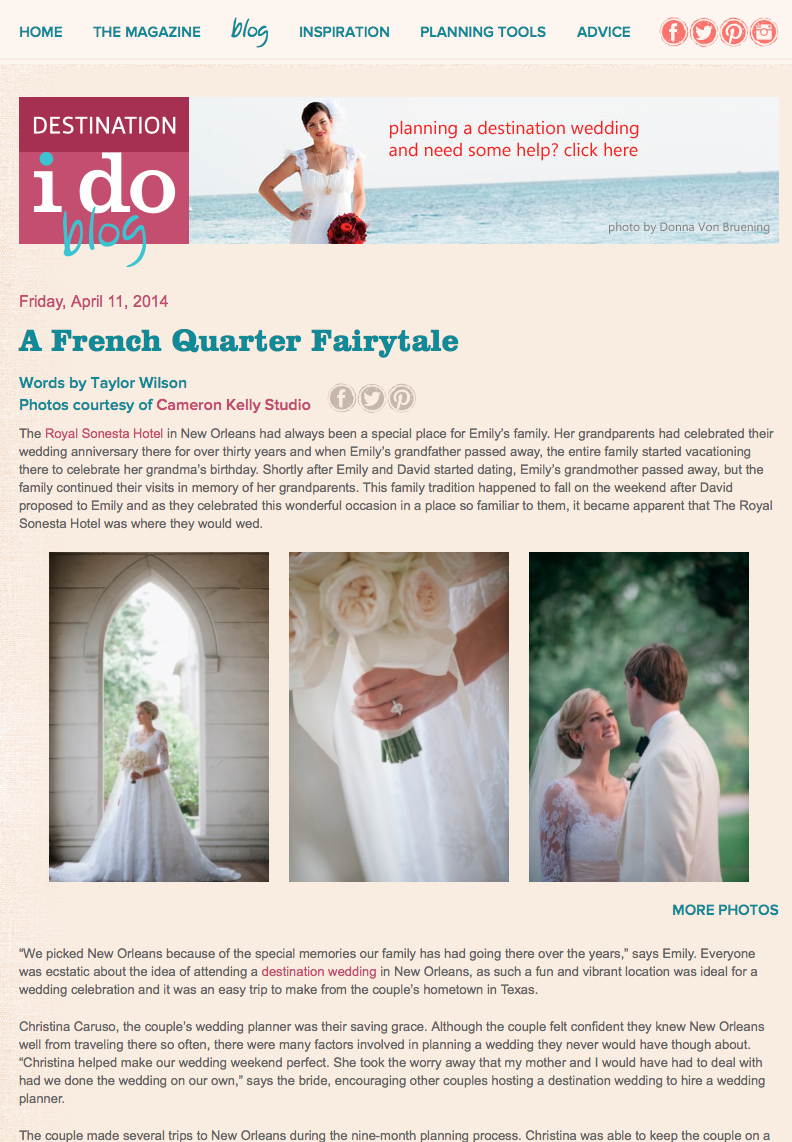 From Destination I Do, "The Royal Sonesta Hotel in New Orleans had always been a special place for Emily’s family. Her grandparents had celebrated their wedding anniversary there for over thirty years and when Emily’s grandfather passed away, the entire family started vacationing there to celebrate her grandma’s birthday. Shortly after Emily and David started dating, Emily’s grandmother passed away, but the family continued their visits in memory of her grandparents. This family tradition happened to fall on the weekend after David proposed to Emily and as they celebrated this wonderful occasion in a place so familiar to them, it became apparent that The Royal Sonesta Hotel was where they would wed."